This blog is published chronologically. Go straight to the most recent post. 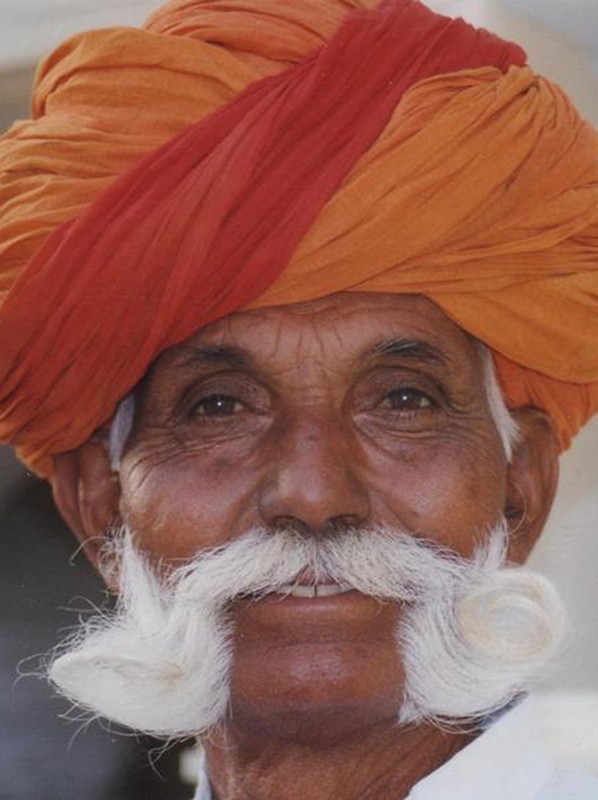 Travelan not required - food filtered by handlebar moustache!
I can't wait to return to see more wonderful characters like this.

It’s a known fact that travellers’ diarrhoea is the number one health problem for overseas tourists. Wasting days sitting in hotel bathrooms is neither a worthwhile nor enjoyable experience! British doctors will probably tell you there’s nothing you can take to prevent you getting it - just follow the ‘boil it, peel it, or forget it’ routine - and, when the inevitable happens, take Imodium* and keep your fingers and legs crossed for three days.

About twenty years ago, a Yugoslav physicist discovered that grapefruit seed extract helps “maintain the correct balance of intestinal microflora” - in other words, it acts a bit like disinfectant for the stomach. I’ll try it, but it’s sure to struggle against those evil Indian belly bugs.

More useful is likely to be something called Travelan, developed in Australia. Its active ingredient, made from bovine colostrum (the first milk given by cows after calving), sounds a bit improbable. In Yorkshire, they use it to make curd tarts! However, trials are claimed to have shown that it provides protection of up to 90% against infection with the type of E.coli which causes travellers’ diarrhoea. I’m hooked on the idea - anything which stops the runs before they start, rather than after you’ve got them, has to be worth a try! An order placed on the Travelan website arrived from Oz in a matter of a few days.

I’ll still be packing a supply of Imodium, just in case.